Apple releases iTunes 12.1 which includes control widget for notification center, previously iTunes 12 music management application was updated last year October for OS X Yosemite. This newly added widget includes back, forward and pause buttons, which are similar to the buttons on the Lock screen and in Control Center of iOS, as well as track information. when playing iTunes Radio, the widget allows you to favorite songs and purchase the currently playing song. 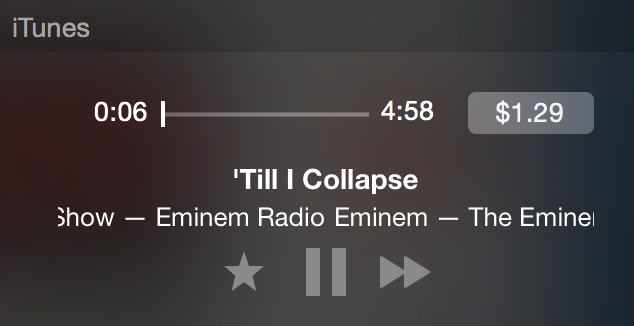 This new 12.1 update is for both Windows and Mac platforms, and Apple says that in addition to the new widget, it also improves performances when syncing with all the iOS devices such as iPhone, iPad, or iPod touch. This update can be found either in the updates tab in the App Store or else in the menu bar followed by iTunes and in the iTunes check for updates.