The Samsung Galaxy S9 which was revealed on . It is powered by the latest Qualcomm Snapdragon 845/ Exynos 9810 is the newest and most advanced flagship of the Android industry. It was marketed as the smartphone with the best camera and it set a high bar for the rivals both in the Android section and the arch nemesis Apple.

A recent test conducted at Anandtech has revealed that the iPhone X powered by the A11 bionic chipset beat the Galaxy S9 in nearly every test. Surpisingly, it lost to the A10 fusion powered iPhone 7/7+ at times. The S9 powered by the Exynos chip performed slightly better than the Snapdragon 845 variant but was no match for the iPhone X.

Apple’s control over the hardware as well as the software aspect of it’s devices helps them to optimize the devices to such an extent that they can use them to the maximum extent. The same couldn’t be said about the Samsung device though as the acclaimed best camera isn’t all that efficient though. It takes great pictures, no doubt, but when it comes to recording videos at 4K resolution it shies out as it is limited to recording 4K at 60 FPS only for a mere 5 minutes whereas the iPhone 8/8+/X which were the first phones to do so can do it for as long as you want. The heating problem of the hi-end Android powered devices is to be blamed but it hurts the performance of the Galaxy S9 where it mattered. 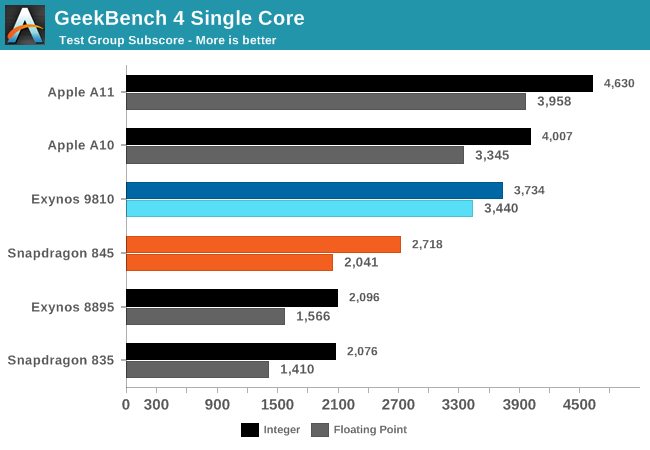 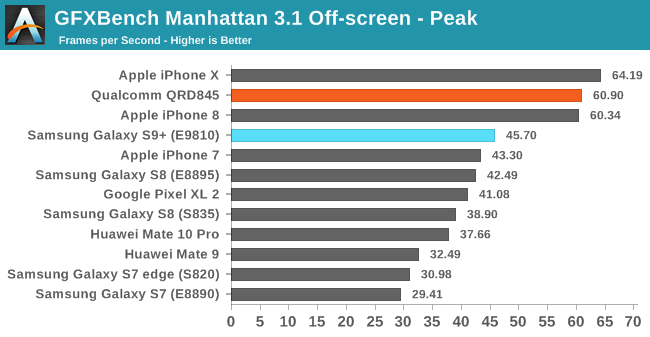