Everyone enjoys a fun game every once in a while, but some games are so frustrating and difficult that you want to throw your controller. Whether the bosses are a challenge or the levels themselves feel impossible, you may find yourself yelling at your TV or computer screen as you try to make your way through a game. 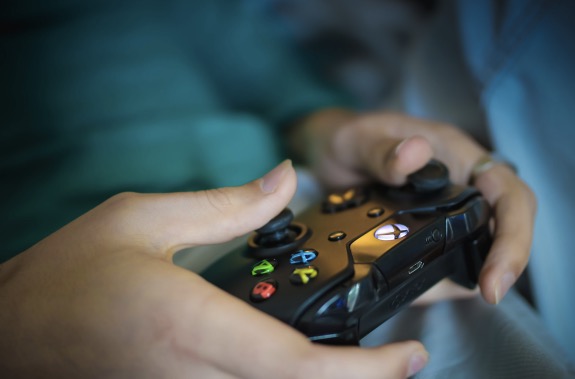 What are some of the hardest video games out there?

If you’re looking to challenge yourself, we’ve compiled some of the best known difficult video games to play on a variety of consoles! Give them a try if you want to feel the rage.

Dark Souls is well known for its beautiful scenery and brutal bosses. It doesn’t matter what game you’re playing in the Souls series; you are going to have a rough time. The fact that EVERY enemy in the game is a boss only makes things more difficult.

While the game is difficult, the ability to learn from each death you face is a welcome change from the usual game. With each death, you are forced to retrace your steps back to where you died and try all over again.

This game is great for combative players who want to test their skills. Just make sure to reach a bonfire checkpoint before kicking the bucket!

If you need something new to play on, Lenovo has your back. Check out these Lenovo black Friday specials to give yourself an extra edge when gaming!

For what looks like a simple pixilated platforming game, VVVVVV is notorious for its difficulty. You play as Captain Veridian who has lost his entire crew, searching from level to level to locate all of your missing companions.

However, this isn’t the typical platform game. Instead of jumping between platforms, you instead flip the gravity in the level, avoiding spikes and other dangerous obstacles in your path as you go! While the concept may seem simple enough, don’t be fooled- you are bound to die hundreds of times trying to complete this game.

Super Meat Boy started off as a relatively simple flash game called Meat Boy in 2008. Due to its raging popularity, it was turned into a fleshed out and incredibly frustrating platformer!

The game starts off simply enough, explaining the basics of moving around your world and jumping from platform to platform. You’ll eventually be introduced to spikes and other obstacles, the game gradually growing in difficulty as you go.

Are you searching for a timeless classic to test your video gaming skills with? If so, Mike Tyson’s Punch-Out!! is perfect for you! This game is from the classic Punch-Out!! series, leaving you to fight against larger and tougher opponents as the game goes on.

What sets this game apart from the rest is your final opponent- Mike Tyson himself. He’s a tough one to beat, and if he knocks you out, you’re going to have to start from the very beginning of the game!

5. Getting Over It with Bennett Foddy

If a newer Indie game is more your style, then perhaps you’ll enjoy Getting Over It with Bennett Foddy. This game has become well-known this year due to its frustrating controls and your uncanny ability to lose all of your progress in a single swing.

In this game, you play as a naked man inside of a cauldron with only a sledgehammer to move you through the levels- yes, it does look as strange as it sounds. Your only goal is to get to the top of the “mountain” ahead of you, surpassing new heights with a constant threat to fall back to the bottom of the mountain again. Not only that, but your dear friend Bennett Foddy joins you as your narrator for your journey, belittling you for every mistake you make!

Each level becomes harder and harder to maneuver, making this game a true test of your willpower. Do you have what it takes to get to the top?

Pogostuck is similar to Getting Over It with Bennett Foddy in almost every way, considering it was made by a fan of the game! You start off as a little caveman that has been gifted a pogo stick with the goal of making it to the top of a mountain before you.

Unlike the game before it, Pogostuck allows you to see other players who are attempting the game! You can even use multiplayer to try to tackle the mountain with your friends by your side. Hopefully, the other players jumping alongside you won’t be too much of a distraction!

7. The Binding of Isaac

If you want a game with tons of replayability, then The Binding of Isaac is just what you need! This challenging game features the main character, Isaac, as he crawls through dungeons in the hopes of escape. You have been stripped of all of your items by your mother, and have only your tears to fight against enemies in the dungeons.

With over 200 unique enemies and over 500 items to collect, both good and bad, you are bound to spend hundreds of hours trying to play this game to completion. The game is procedurally generated each time you load in, so no experience will be exactly the same.

It comes with many separate endings and challenges, too, so if you choose to play this game, you’ll be playing for a while!

Cuphead is a beautifully designed game, rendered with traditional 2D animation that would give Disney a run for its money! But don’t be fooled by the game’s style and bouncy music soundtrack- this game is tough.

While there are a few platform levels- one or two per world- you’re going to be fighting a lot of bosses. However, you’ll be sitting at 3 HP to deal with them! Each boss has a range of different forms and attacks, though rest assured that this game will leave you in absolute bullet hell.

Yes, you read that right- Super Mario Maker 2 has made it into our list as one of the most difficult video games around! While a vast majority of the game is filled with player-designed levels meant to bring out the traditional spirit of Mario games, others are… much, much harder.

Some players have gone on to design levels that have become notorious in the Mario Maker community. If you find them and want to give them a try, be careful! Although the levels have to be passable in order to get published, some creators will do everything in their power to make the levels a nearly impossible challenge.

Are you in the mood to continue screaming at your game even AFTER you’ve completed it? If so, Ghost ‘N Goblins is a wonderful way for you to express the anger in your heart!

This game is packed full of challenging levels with weapons you may or may not actually want to pick up. Whether or not they’re useful to you can only be decided after pickup, so good luck. It may be better to just stick with your knife for the game!

The worst part is what happens when you reach the “end” of the game. Instead of finding and saving your princess, you’re told that the entire thing was a trap by the devil himself! In order to find the princess for real, you have to start from the very beginning and play all over again.

If you do decide to start from the beginning, you get the added bonus of even more difficult gameplay! Fun, right?

Here we have yet another nearly impossible platformer that is bound to lead to frustration. This freeware game may be a little lower when it comes to graphics, but don’t be fooled. The developers of this little game have developed some challenging tricks that put this game on our list of most difficult video games.

Unlike other platformers, it isn’t enemies that you have to worry about. Instead, the scenery itself will target you. You get one life through the game, too, so if you die, you’ll be traveling back to your last save point!

In Spelunky, it should come as no surprise that you play as a spelunker exploring caves and finding treasure. Your goal is to avoid death from traps and enemies while collecting money!

You’ve only got one shot to make it through; get caught in a trap or mauled by an enemy, and you’ll end up right back at the beginning again! If you want a fun challenge and have plenty of spare time, then this game is perfect for you.

The Hardest Video Games of Today

The video games on this list may prove to be difficult, but you’ll have loads of fun playing the hardest video games around! Just remember to take plenty of breaks when playing to avoid breaking your computer.

What are your favorite difficult video games to play? Are there any you had to put away due to frustration?

We’d love to hear your thoughts! Leave a comment down below with your experiences, and keep reading our blog for more lists and tips!

iPhone X : How the beast performs on heavy games?