Apple introducing a couple of new features in iOS 9 to extent the battery life of the iOS device, the first feature is that you are not familiar unless some one told otherwise. Any time when you place the iPhone face down on a surface, be it a desk or a bed, it’s able to detect its orientation. As such, the screen will forgo lighting up when it receives a push notification. Place your iPhone face up on a surface, and it’ll continue to light up as it always has.

The second feature is what Apple calling low power mode, when enabled the low power mode it will modify the amount of energy it dedicated to the background services and animations simply in other words features such as background app refresh and push mail in temporarily paused until you’ve a chance your device. 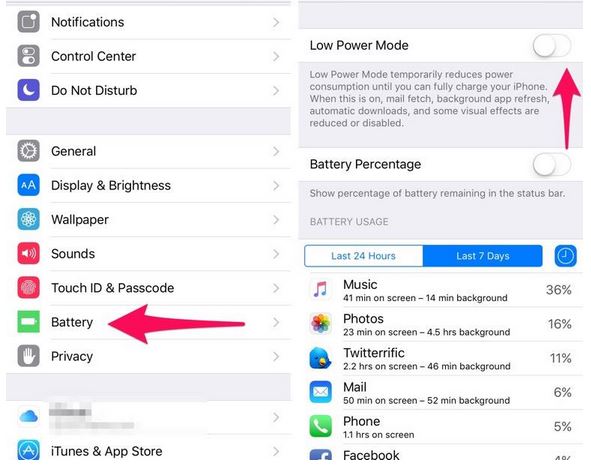 When you iOS device reaches the 20 percent of the battery the energy-saving feature will turn itself off without any further action needed on your part. If you want to enable it before it reaches 20 percent then make it enable manually by following the steps given below ;