Home Blog Poker Bombay HC Moved To Rule If Poker Is A Game of Chance...

Social activist Munawar Ahmed has filed a PIL (Public Interest Litigation) at the High Court of Bombay alleging the Maharashtra state government of inaction for doing nothing to stop ongoing playing of poker, both online and offline. The PIL claims that poker is a chance-based game or gambling disguised as a game of skill by some operators.

The PIL is seeking to obtain restraining orders against pokerwale.com, Ninestacks Gaming LLP and Baazi Mobile, and is alleging these companies of promoting online and offline forms of poker by intentionally disguising it as a game of skill while knowing poker involves wagering and betting. 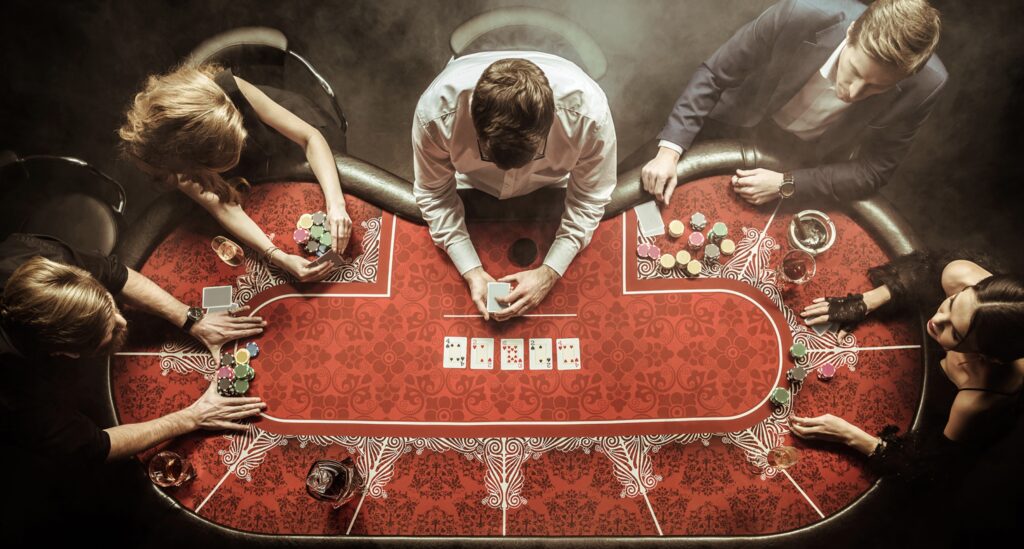 The petitioner Ahmed has expressed a concern that the next step of these private operators would be to take other games of chance and start selling them as games of skill. According to the PIL submitted through lawyer Ajay Deshpande, this contradicts the law and the respondents may not call on the fundamental right to freely carry on any occupation, trade or business granted by Article 19(1)(g) of the Constitution.

Maharashtra Legislation on Gaming and Gambling

According to the Maharashtra gambling laws in force, including the state-level Bombay Prevention of Gambling Act of 1887 and the national-level Public Gaming Act of 1867, running a gaming house, as well as being present in such an establishment or otherwise participating in any gambling or betting activity organized within the borders of the state is illegal.

Besides the government-run Maharashtra lottery, certain games of skill, such as rummy and betting on horse races are legal in the state. Blackjack online and other casino games and games of chance when played on foreign websites are not explicitly banned and fall into a grey area of the law.

Poker: Gambling or a Game of Skill

The private operators who are respondents on the case have submitted their positions to the Bombay High Court, but the court has asked the Maharashtra government to explain its stance on whether poker should be considered a game of chance and hence gambling, or a game based predominantly on skill..

“We need to understand the stand of State of Maharashtra as to whether this poker game is a gambling or it is a game of skill,” said the court on the allegations that it was inaction on the part of the state government that had allowed the alleged illegal activity to be continuously conducted.

The PIL is being heard at the Aurangabad bench of the Bombay High Court by a division bench consisting of Justice Vishwas Kashinathrao Jadhav and Justice S. C. More.

At the same time, the state of Maharashtra, together with its metro cities of Mumbai and Pune, has been named the leader in terms of the number of online gamblers living there in a recent study by RMG market experts Esse N Videri Media (ENV Media) titled “India’s Richest Cities and Its Large Online Gambling Communities”.

The study analyses proprietary Esse N Videri data on organic searches and traction related to gambling online terms and reveals that 17.4 percent of the traffic registered between April 1 and September 15, 2020 was generated from the state of Maharashtra.

For comparison, the state of Uttar Pradesh has almost two times bigger population than Maharashtra (23.78 crore living in UP vs 12.31 crore in Maharashtra according to 2019 data), but is home to just 8.2 percent of online gamblers, or less than half than those supplied by the leader state.

Bihar’s population numbering 12.48 crore is similar to Maharashtra’s, but it accounts for only 4.1 percent of the online casino players registered by the study.

20 Arrested in an Illegal Gambling Den Bust in Nashik

While the Maharashtra state government was being accused of inaction on prevention of illegal gambling, the Bhadrakali police conducted a raid on the evening of Sunday, January 23, on an illegal gambling den in the Nanavali area, city of Nashik, Maharashtra.

The raid was based on received information about illegal gambling activities in a house and resulted in the arrest of 20 people and the seizure of ₹90,000 in cash and vehicles to the value of ₹3.4 lakh. The detainees were brought to court the next morning.

According to a statement by the police, the raid is part of a continuous action against illegal gambling dens because these are the places where criminals come and discuss what crimes to conduct next.