Technology Makes It Not Awkward For Assembly Candidates

Political candidates for the recent legislative assembly elections in Goa didn’t have to turn their eyes away while visiting constituencies to meet with voters, as “friendly” police officers had kindly asked matka bookies to hide from sight and lay low until the elections were over. Reportedly, bookies had fulfilled the request and reverted to modern technology to carry on business.

“Bets are accepted over the phone or by meeting the bookies at different locations,” said a knowledgeable source. “I have contacts with two bookies with whom I regularly place bets. Now I just make a call, place a bet (on the winning number) and the confirmation through a picture of the ‘slip’ is sent on WhatsApp.” 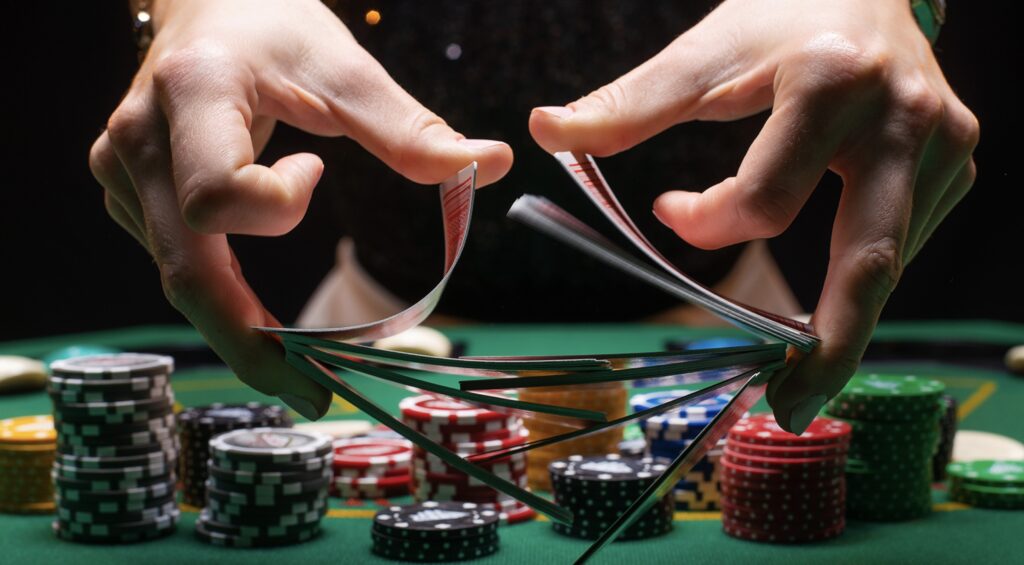 Such resourceful uses of contemporary communication technology allowed bookies to continue their lucrative business activities while shops that normally accept bets in an open manner stayed closed for the election period.

Nevertheless, meeting the bookie in person was still required at some point. “The matka business is based entirely on trust. A day or two after you have placed the bet on a call or Whatsapp, one has to either make a casual visit to the spot to pay the bookie or collect the winning amount. Everything is dealt in cash,” explained another source.

In the meantime, the political class has taken care for the residents of Goa to be officially not exposed to the vice of gambling by notifying a ban for locals to enter the legal, licensed and strictly regulated casinos operating in the state. While the effect and constitutional validity of the ban may be questionable, it provides hard evidence that the politicians are surely doing things to protect the public from the vice of gambling and betting.

Law enforcement authorities in Goa are also surely registering activity battling gambling and betting vice as two matka bookies were arrested in the moment of receiving bets in an open space in December, 2021 in Naika-vaddo, Calangute, in northern Goa, and ₹1.15 lakh was seized. Reportedly, the arrest took place after Calangute police were hit by a storm of criticism for doing nothing to stop gambling-related crime in the tourist-famous coastal village.

In another case, earlier in September last year, Goa crime branch police arrested four people for IPL betting in a Naika-vaddo guest house. The police were tipped-off about the ongoing betting activity during the IPL season, immediately formed a team, and caught the alleged sport bookies red-handed. According to investigation, the four had accepted bets exceeding ₹4 lakh.

Quite striking is the observation of the difference between the two cases – while in the IPL betting bust the police reacted fast upon receiving information about illicit sports betting in a guest house, in the matka case law enforcement authorities reacted to public opinion by just going out and arresting some bookies in the open.

It seems the police didn’t have to get a tip-off to know about the matka betting activities and their whereabouts, and the only thing needed was a decision to act to be taken. Taken together with the “friendly” warning to stay low during election time, it does seem that matka bookies are widely tolerated, while their sports betting “colleagues” have not been endowed with that luxury.

Sports Betting is Huge in India, Even Though Not Regulated Yet

At the same time, estimates on the size of India’s sport betting market, offline and online, come up at figures between $130 billion and $150 billion (roughly between ₹9.8 lakh crore and ₹11.3 lakh crore). The number of regular bettors in the country is estimated to be 14 crore, rising to 37 crore during big sport events.

IPL betting from underground methods and sports bookies to legitimate offshore online cricket satta bazar platforms is responsible for the bulk of desi sportsbook activity, but other leagues, fantasy sports and simulated matches have also been growing in demand and turnovers.

Estimates show that some ₹3 lakh crore ($40 billion) can enter legal money flows every year if sports betting is regulated in India. The effect of such amounts for the legitimate economy can be significant and new substantial tax revenues will be available to be used for various welfare programs. This notably includes programs for prevention and support related to gambling problems and addictions, which an illegal sports betting market simply does not have.

A recent ruling of the Karnataka High Court on a cricket corruption case, besides holding that match-fixing does not amount to an offense as per the Indian Penal Code, observed that betting on cricket matches is not illegal in the state.

According to the court bench, ‘cricket is a sport and therefore even if betting takes place, it cannot be brought within the ambit of ‘gaming’ found in Karnataka Police Act.’ This decision could open the way for sports betting regulation in India.