After a disappointing summer, cannabis companies are taking action to restore their results, while other competitors like GreenStar Biosciences Corp. (CSE: GSTR) are just starting to pick up speed

After the hype comes the hangover. The share prices of the cannabis companies were punished properly. Has the bubble finally burst? 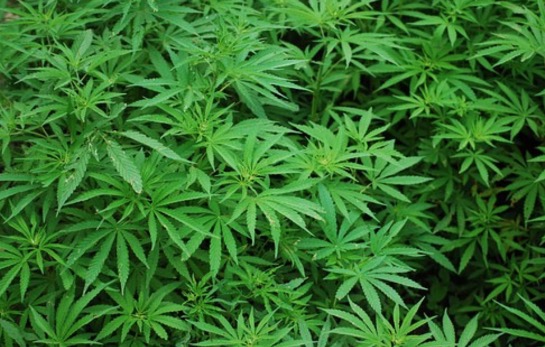 It appears that the share prices of cannabis companies are in a massive correction phase. After the steep parabolic rise at the end of 2018, share prices are in a downward spiral. It will be interesting to see whether the legalisation of cannabis in many countries will lead to a new industry worth billions.

As a rule, cannabis products are legalised and decriminalised for medical purposes. So far, however, the growth rates and promises can only be deduced on paper. There is no doubt, though, that the legislation and public relations work of the respective companies has considerable potential. Companies such as Tilray, Canopy or Aurora are pursuing different goals and are already cooperating with large companies in the beverage and food industry.

Tilray is anxious to gain a foothold in Europe. The company has now applied for a licence in Portugal and is investing heavily in Europe. According to CEO Brendan Kennedy, the company wants to be profitable in the next three to four quarters.

He further explained that the market is in a growth phase and it would be wrong to focus on profitability. The investment is necessary to get the most out of the growth.

Aurora Cannabis also recently stated that it is making good progress towards positive EBITDA. In Germany, Aurora’s German subsidiary won this year’s tender of the Federal Institute for Drugs and Medical Devices for the production of cannabis products. A plant for the cultivation is currently being built in Leuna. According to the tender conditions, Aurora will be allowed to produce 1,000 kilograms of cannabis each year for four years.

Canopy Growth – financing will be facilitated

In the USA, state-approved cannabis companies are now allowed to use banking services. Credit cards can now also be used to purchase cannabis products. If legal and regulatory hurdles can be removed in the future, this would send a positive signal towards the profitability of the company.

GreenStar Biosciences Corp. set to expand in the U.S.

Canopy Growth is not the only company investing the US and benefiting from the new financial legislation. GreenStar Biosciences Corp. (CSE: GSTR) is also trying to expand in the American market. GreenStar Biosciences is an investment company that aims at becoming a North American cannabis leader by building a diverse portfolio of smaller competitors and helping them succeed.

Their first major success story is Cowlitz, a producer and distributor of high quality recreational cannabis products from Washington state. Cowlitz regularly records a quarterly revenue of $4 million and last year (2018) reported a revenue of $14.6 million which is an impressive growth from $600,000 in 2015.

GreenStar supported Cowlitz on their way to becoming the state market leader, with a new cultivation technology that they own thanks to Capri – a joint venture with Progressive Herbs Inc. This technology makes harvesting cannabis plants cheaper, faster and on top of that, maintains high quality and high THC levels, unlike any other product available on the market.

GreenStar Biosciences are set to attract investment if they continue to deliver such good results. By buying their stock, investors gain access to a variety of top cannabis companies with minimal risk.